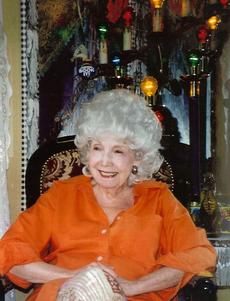 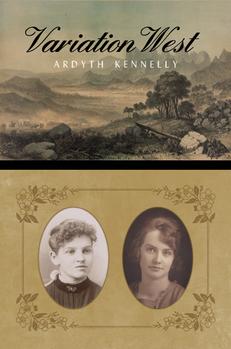 Ardyth Kennelly at home in Portland, Oregon, in the 1990s

What people are saying about Variation West:

wry, compassionate, evocative—is back! With telling detail, her memorable characters invite readers into a life that is both 'other' and familiar. Her powerful, highly original writing rewards those who come looking for literary gold."

Rosalie Maggio, author of  How to Say It

"Kennelly's style is offbeat, but it's richly rewarding. . . . Anyone interested in Western or Mormon history, fans of family sagas, or readers tired of lightweight genre fiction and wanting something to sink their teeth into will enjoy Variation West."

"The Gone with the Wind of the West!"

​​Sixty years after Ardyth Kennelly delighted readers with her best-selling books of the 1950s, Sunnycroft Books is pleased to be publishing the works that she wrote later in her life.

Her crowning literary achievement, Variation West, was published in 2014, and her memoirs are being prepared for publication.

Variation West  is a sweeping novel that covers not only a century of Western life and history, but also the vast territory of the human heart. It's an immense literary collage, with dozens of engaging characters and a wealth of both comic and tragic stories to tell. We see not only the humor and heartaches of domestic life under Mormon polygamy, but also the sacrifices—including death and disfigurement—that women make in trying to fulfill society's expectations of female beauty; the unspeakable violence that men do; and how patterns laid down in the distant past resurface again and again.

Bodies Adjacent  is Ardyth Kennelly's story of her life with her husband, the Viennese physician Egon V. Ullman. A second memoir, New York on Five Dollars a Day​, is an account of the two years she spent in New York in the mid-1960s.
​
​• For more about Variation West, including where to purchase it, please click here.
• For more about Ardyth Kennelly's life and work, please click here.​